Busega District is one of the five districts of Simiyu Region of Tanzania, East Africa. Its administrative centre is the town of Nyashimo. It is bordered to the north by Lake Victoria and Bunda District, to the east by Bariadi District, and to the south by Magu District.

As of 2012, the population of Busega was 203,597. Busega was established in 2012, when it was split off from Magu District and became part of the newly established Simiyu Region.

Busega district is connected by two well-maintained and paved national trunk roads. The Mwanza-Musoma highway (trunk road T4) runs through the district from south to north.[3] The highway that connects Shinyanga Region and Mara Region (trunk road T36) branches of the Musoma-Mwanza road in the town of Lamadi in Busega District and passes through the regional capital Bariadi. 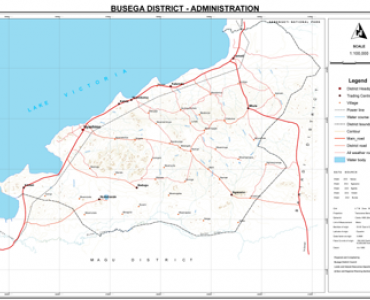